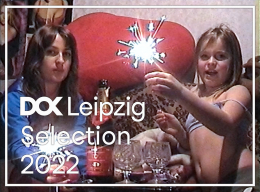 We’re very honoured to announce that Otilia Babara first feature documentary LOVE IS NOT AN ORANGE is premiering at Dok Leipzig.

A delicate documentary about a generation of girls who grew up with absent mothers, economic migrants to Western Europe after the Soviet Union’s collapse. A ritualised mail exchange took place: mothers sent money and goods, while children sent videotapes in return. This intimate home video archive was the material of our film.
https://www.clindoeilfilms.be/wp-content/uploads/2022/09/img-dokleipzig-01.jpeg 947 1280 clindoeil https://www.clindoeilfilms.be/wp-content/uploads/2013/07/bird.png clindoeil2022-09-29 20:15:402022-09-29 20:15:40Love is not an Orange premiering at Dok Leipzig