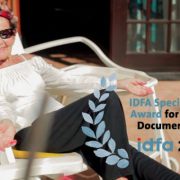 We proudly announce the feature documentary ‘A family affair’ by Tom Fassaert has received the IDFA Special Jury Award for Dutch Documentary.

‘A family affair’ was not only the opening film of IDFA 2015; the film was also awarded the Special Jury Award for Dutch documentary. The documentary received the Kristallen Film (Crystal Film) award for attracting more than 10.000 visitors to the cinemas.

And as icing on the cake: ‘A family affair’ was sold to Netflix and will appear on the worldwide streaming service in the course of the year.

The world sales are in the hands of Sue Turley at Ro*co Films.

‘Between sisters’ will be premiering at Doc Popoli ‘Traces d’un village’ and ‘Fields of hope’ receive...