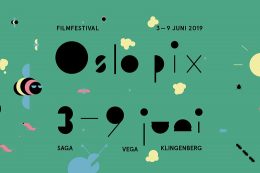 The jury’s reasoning: “The winner of the Oslo Grand Pix Nordic Documentary goes to a complete and balanced piece of documentary art. At once dramatically understated and delicately photographed, it unfolds a hypersensitive vision of being young and without direction in a remote area of Eastern Europe. Especially the film’s original motif – a sensually charged teenage girl at the center of a band of peer boys – calls for an atmosphere of natural bodily closeness and vibrant intensity, that, in itself, contradicts the clichés of gritty Eastern European realism.”

Congratulations to the director, Anna Eborn, and the team!