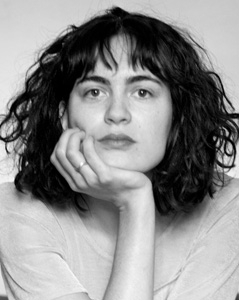 Lauranne Van den Heede is a Belgian documentary filmmaker. In 2018 she obtained her Master  degree Documentary film at RITCS Brussels with the short film THOSE WE BECOME. A year after her graduation she directed two short documentaries. A REASONABLE LIFE (2019) was screened on VRT-Canvas, in Cinematek, De Studio and was selected at Docville in Leuven. RADIO FELIX (2020) was among others selected at IDFA 2020, CineKid, Docville, Chicago International Children’s Film Festival, screened on VRT-Ketnet, and was awarded the prize for Best Children’s Right Film at the Bir Duino Human Right’s Film Festival in Kyrgyzstan. In 2020, Lauranne took her first steps in production during an internship at Clin d’oeil films and as a researcher for Annabel Verbeke’s T(W)O WORK project at Offworld. She also engaged as a workshop supervisor at JEF. Lauranne grew up in a strongly socially and politically engaged family. Her own work is influenced by social outrage. She can fully deploy these passions for film and engagement as an impact producer at Blue Bird Docs.