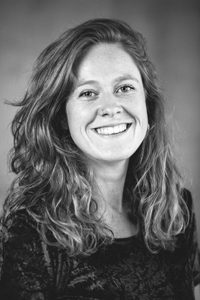 Evelien De Graef graduated as a documentary director at RITCS Brussels (Royal Institute of Cinema, Theatre & Sound), after obtaining a degree in Spanish language & literature at the University of Antwerp. In 2018 she graduated from film school with her short documentary “Histoire d’un boulevard”, that was selected for the BREEDBEELD Short Film Festival and the Brussels Festival En Ville!. She participated in fiction projects as a 2nd AD and script supervisor and also handled camera and editing for documentary projects.
In the past few years her interest shifted towards producing and she gained experience working in different kinds of fields for various production companies, amongst which Inti Films, DIPLODOKUS and Caviar. She now uses her passion as a junior producer and production manager for Clin d’oeil films, where her background as a filmmaker enables her to provide assistance in both the creative aspect as well as the overall production process.