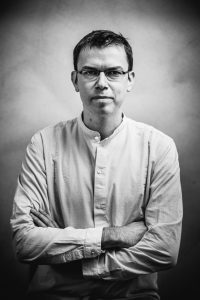 Antoine Vermeesch has been working as a technical manager for post-production at Caviar. He was the editor of two feature films and hundreds of publicity films. Moreover, he supervised the special effects and post-production of several feature films and television series at Caviar. His contribution to Clin d’oeil lies in his strong all-round skills as an editor, compositor, technical advisor and post-production supervisor, which allow him to bring a wide variety of audiovisual projects to a satisfying end.