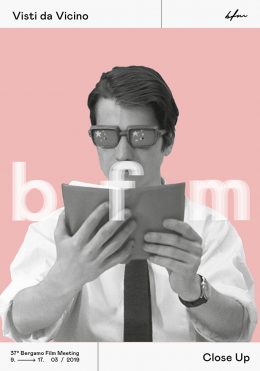 Sunnyside, directed by Frederik Carbon, is selected for the 2019 Bergamo Film Meeting in the “Close Up” section! This section is for “Documentary films in which the inquisitive and attentive gaze of the director delves without hesitation into the heart of reality, proving capable of grasping and synthesising the visible and the invisible, narrating a theme, a place, a character in “close-ups”, with intensity and participation.”

The film will be screened Friday March 15 at 6 pm. 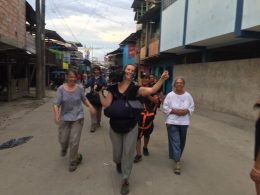 The audiences and the critic were unanimous: DocPoint’s opening film ‘Gods of Molenbeek’ by Reetta Huhtanen is the winner of both the Audience Award and the Critic’s Choice award!

The Critic’s Choice was made by Tue Steen Müller, a Danish critic who writes for the website filmkommentaren.dk. Müller says: “The filmmaker has cleverly made a film that puts the magic of childhood in the foreground as a comment to the world around the two boys. It’s charming, it’s what we remember from our own childhood, it’s what a grandfather like me sees so often, it gives hope, doesn’t it? This film will travel the world.”

Congratulations to director Reetta Huhtanen and to producer and cinematographer Hannu-Pekka Vitikainen.

‘Gods of Molenbeek’ will be released in Belgium in spring 2019. 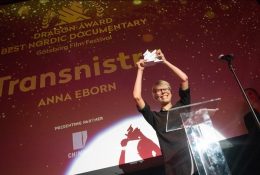 We are thrilled to announce that ‘By the Name of Tania’, directed by Mary Jiménez and Bénédicte Liénard, will have its world premiere at the 69th Berlinale – Berlin International Film Festival. The film will compete in the Generation 14plus section.

Great news: our co-production ‘Gods of Molenbeek’, which was entirely shot in Belgium, will have its world premiere as the opening film of DocPoint Film Festival in Helsinki on January 28th 2019! The film will also compete in the Nordic Documentary Competition of Göteborg Film Festival in Sweden.

Congratulations to director Reetta Huhtanen, producer Hannu-Pekka Vitikainen of Zone 2 Pictures and co-producer Alex Tondowski from Tondowski Films. Belgian contributions by Senjan Jansen for sound design, Philippe Ravoet for edit of the TV cut, Luc Plantier for the edit of the kids’ version, Charline Branger for the trailer, Amira Daoudi for the poster design (coming soon) and Emmanuelle Bonmariage for the coaching of the dubbed voices in French.

In Belgium the film will be distributed by Dalton Distribution and JEF in spring. 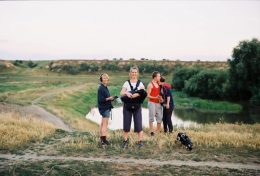 We are happy and honoured to announce the World Premiere of Anna Eborn’s Transnistra at International Film Festival Rotterdam – IFFR – Big Screen Competition!

‘Manu‘, directed by Emmanuelle Bonmariage, and ‘Sunnyside‘, directed by Frederik Carbon, are part of the documentary selection for Les Magritte du Cinéma, the Belgian national film awards. The ceremony will take place on 2 February 2019. Fingers crossed!

We couldn’t be happier! ‘Manu‘, directed by Emmanuelle, has been selected for fo IDFA in Amsterdam where it will be screened in the First Appearance Competition.

The 18th of November we will present our project ‘By the Name of Tania‘, directed by Bénédicte Liénard and Mary Jiménez, at the upcoming IDFA Forum in the rough cut section for possible partners. ‘By the Name of Tania‘ is a hybrid film that tells the story of a teenage girl forced into prostitution in the gold mining regions of Peru. 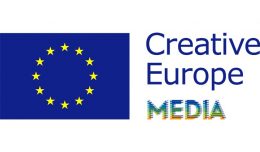 We are very proud to announce that Clin d’oeil films has been granted funding from the Creative Europe Media Programme for their slate, containing the following projects: ‘The Falling Sky’, directed by Pieter Van Eecke, ‘Love is not an Orange’, directed by Otilia Babara and ‘The Master’s Plan’, directed by Yuri Carlos Ceuninck. Congratulations to all filmmakers! 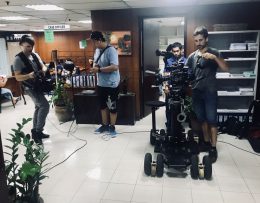 As you can see in the pictures below, we started shooting ‘Overseas Filipino Worker‘. ‘O.F.W’ is directed by Soa Yoon, produced by Iota Production and coproduced by Clin d’oeil. The shoot takes place in the Philippines, where everything goes according to plan. 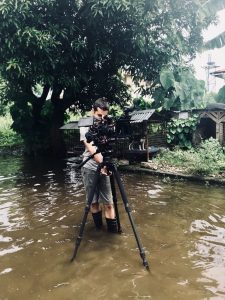 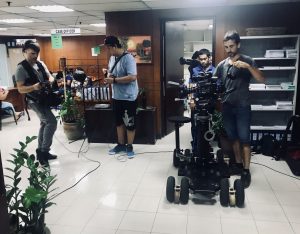