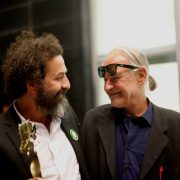 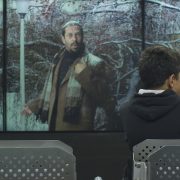 The documentary ‘The art of becoming’ directed by Hanne Phlypo & Catherine Vuylsteke got nominated for the Ensors at the filmfestival of Ostend.

The documentary had his world premiere on the 8th of September at the filmfestival of Ostend and will premiere in Brussels art house Bozar on the 8th of October. 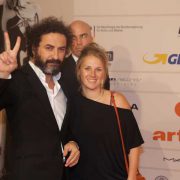 Congratulations to Bulent Ozturk for winning the EFA Best European Short Award in Venice with HOUSES WITH SMALL WINDOWS! The award means that the short is also nominated for the European Film Awards. 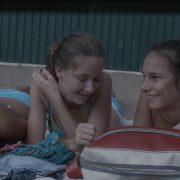 We just finished the last shooting period of the documentary ‘Waiting for August’ by Teodora Ana Mihai.

Thanks to a fantastic crew composed by Joachim Philippe, Félix Blume & Bruno Schweisgut, the images and sounds are amazing.

From mid-september Michèle Hubinon & Teodora will start the editing. 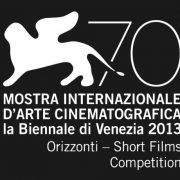 Houses With Small Windows, a short film by Flemish-Kurdish director Bülent Öztürk, has been selected for Official Competition at the Venice Film Festival. The film’s world premiere screening is set for the Orizzonti short film section of the festival, a programme that selects films based on criteria such as quality and originality of language and expression. The 70th edition of the Venice Film Festival takes place from 28 August until 7 September.
Houses With Small Windows is a powerful and yet muted portrait of an honour killing in the rural Kurdish south east region of Turkey  in which 22-year-old Dilan pays for her forbidden love for a young man in a neighbouring village with her life, at the hands of her own brothers. And as tradition has it, the killing must be compensated and yet another victim is made.

The official screening will take place at the Sala Perla on Thursday the 5th of September at 2.30 pm. 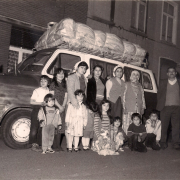 In 50 summers home, Kadir Balci, portraits 50 years of Turkish Migration, from the point of view of women.

The project is supported by the Flanders Audiovisual Fund, the Stadsmaketingfonds Gent, Ministery of Gelijke kansen and is coproduced by Canvas.

The release is scheduled in the autumn of 2014. 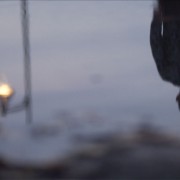 Stories in the media on Scott Manyo or the dutch boy Mauro brought the issue of unaccompanied minors to the attention of the general public. But the boys and girls that end up here all alone, are rarely more than figures in one or the other report.

In their new documentary ‘The art of becoming’ Catherine Vuylsteke and Hanne Phlypo focus on the daily life of three boys. Why is it that the Afghan Fattah wants to get to Europe at all cost? How does the Syrian Kurdish boy Saleh (12) deal with the three year old separation from his parents? And what awaits the guinean Mamadou now that his application for regularization has been turned down? What are these three youngsters dreaming about? What worries them, what makes them strong and what makes them laugh?

Vuylsteke and Phlypo give unaccompanied minors a voice, a face. They portray ordinary youngsters in extraordinary circumstances.

‘The art of becoming’ started from the book ‘The past is a foreign country’, for which Vuylsteke followed eight unaccompanied minors for a whole year. It is the second documentary of these two female directors. In 2010 they make the award winning ‘Silent stories’, which was shown on festivals around the world and was broadcast twice on Flemish TV-station Canvas.

The premiere of ‘The art of becoming’ takes place on Sunday September 8th at the Film festival of Ostend. The Brussels premiere follows on the 8th of October in the Brussels art house Bozar. 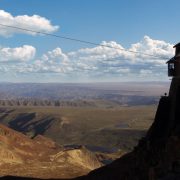 Director Pieter Van Eecke, editor Koen Timmerman and producer Hanne Phlypo will be re-editing their teaser at the EDN/VAF pitching workshop at the end of August. The new teaser will be online from the 2nd of September.

Pieter Van Eecke was born in Belgium in 1975, he has studied Philosophy (Ghent State University) and Sculpture (Sint-Lucas Brussels). He works and lives in South America and became a self-educated filmmaker. His last documentary about the earthquake in Haiti, the internationally acclaimed ‘Goudougoudou’ (codirected with Fabrizio Scapin) was broadcast on television (TV5monde, RTBF, TG4) and was featured in various international film festivals.